Malaysia: The tallest office building in the world, rising some 452 meters above street level, is the Petronas Twin Towers in Kuala Lumpur, headquarters for Malaysia's national oil company.

The building is situated on a dense, silty formation that overlays weathered and highly-decomposed limestone. Each tower sits on a raft that caps 104 barrette piles, which are 30 to 108 meters deep. The rafts are 4.5 meters thick and were cast in one pour for each tower. The designers required that the rafts be instrumented to measure the load taken by the piles and the load transmitted to the ground by the raft.

Thirty cells were placed below each raft. Due to the soft ground conditions, a layer of concrete was placed to act as a working platform, with boxed out sections for installing the pressure cells. The earth at the bottom of these openings was carefully leveled and cells were placed sensitive-face down, flush with the bottom of the platform. The cells were covered with plastic sheets to prevent the ingress of concrete and were then sealed in place with concrete of the same strength as the raft.

Initial readings were taken during installation and before and after casting of the rafts. Then additional readings were taken after the completion of every five floors of each tower. Now, five years later, readings are taken twice a year. Out of the original 60 cells installed, 52 are still operating. Of the eight non-operating cells, six were lost during the pour of concrete for the raft.

Thanks to Mr. Munning Jamaludin of CE Instruments for contributing this story. 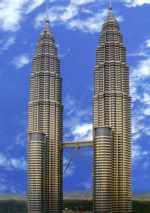 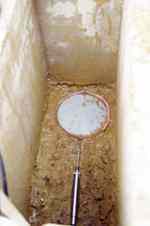 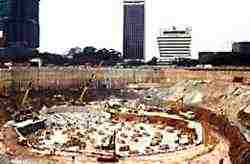